In this post I will introduce and showcase how security groups can be used to enable certain scenarios.

The Networking API v2 defines security groups as a white list of rules – the user specifies in it which traffic is allowed. That means, that when the rule list is empty, neither incoming nor outgoing traffic is allowed (from the VMs perspective).

A demo recording of the security group feature can be found below. 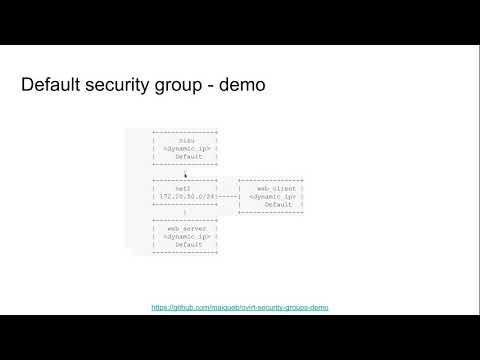 In the following links you can also find playbooks that can be built upon to reach different types of scenarios.